Browsing through community > activity > comments makes me find some interesting figures users are talking about. I came across this Levi doll ITEM #190741 and I absolutely do not like his face. I was surprised how much I didn't like it. He looks like he needs go see his nearest physician. I can see the workmanship and detail that went into him and the doll itself looks high quality. But the paint work on his face just simply isn't my taste.

I was curious if anyone else had a figure that made them go "hmmmm, don't like how this looks" but still stuck out to them for whatever reason. Alternatively, is there a figure people have called ugly but you really like?

(Yeah, yeah, this is a low effort article, but I'm genuinely curious)

sjokomelk
There's just something about the hip/thigh area on this Mai figure that bother me so much ITEM #998283 every time i see it i think it looks so ... unpleasant
Vor 3 Stunden

I specifically agree on the Shiro B-style. It kinda makes me uncomfortable tbh.
Vor 3 Stunden

ueggg98
Ok, I know the source material is also not super attractive, but I just really, REALLY hate this scale figure of Serval ITEM #604208. Like it doesn't even look like the anime style all too much, the Figma of her did a much better job of that in my opinion. Plus, the anatomy and pose are just.... both boring and funky-looking at the same time. It almost looks like she has a broken neck which isn't super cool, either. And her eyes.... they really do stare into ur soul

Texwolf
TrixieTang • Vor 20 Stunden • #98613499OMG WT-actual-F!? That's just... good lord...
Who the hell thought that it was a good idea to pair a non-articulated figure with an articulated dog? The dog should have been non-articulated.

If I could 5 star something on here it would be this :P thank you for that gut busting laugh at 3am :D
Vor 18 Stunden

TrixieTang
Demigod_Dan • Vor 1 Tag • #98566134(NSFW) ITEM #5610 is very not aesthetically pleasing. I hate that it exists, but someone somewhere thought it was a good idea so here we are. I guess it scores a few points on originality, lol

dejektedski
it's anything with a sexualized minor for me! I cannot believe that shit exists and that it's around so much!
Vor 23 Stunden⊛

CrimsonVelvet
For me, everything that has a bad face, boring pose (like they didnt even try, someone just said "just give them the character and thats it, they will purchase it") and nendos (dont hate me, dont really see the appeal).

Also, the only bunny figures I actually care about are Kaguya sama ones, and even then, almost all bunnies have the similar aestethic and big chests (Im not into big chests, so I find those figures less atractive). Faces like this, I mean, I love this franchise but wtf is wrong with those faces? ITEM #549992 ITEM #945972 ITEM #886298 (Poor misaki got into Chernobyl and couldnt be rescued in time)

Look at this (her clothes look great, but her face... is she singing, or calling for an exorcist): 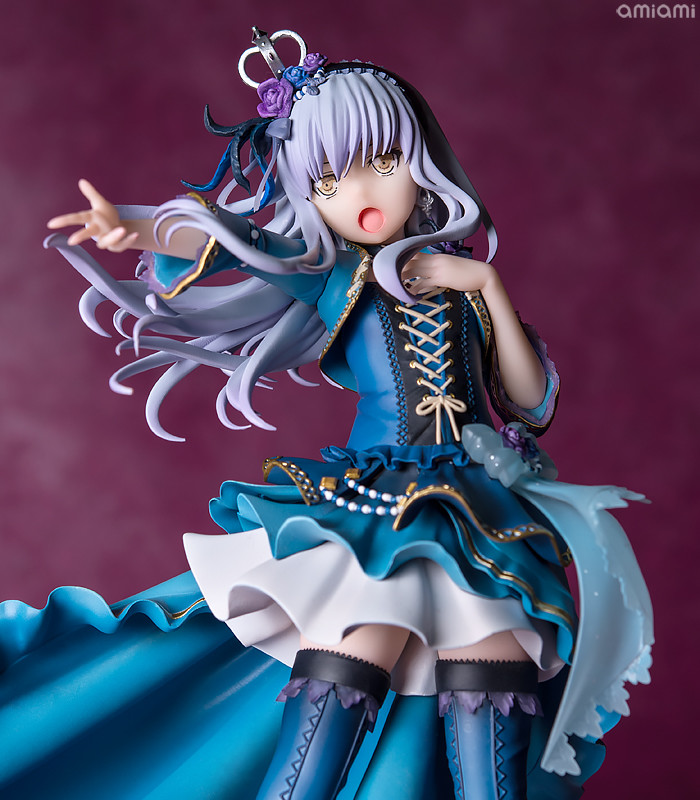 There are also Phat figures. I love their danganronpa designs, but I strongly dislike the faces. Same with the new prushka. Klee´s face from genshin impact is a no from me too.

Im dying to get a steins;gate figure and a Your lie in april one, but I cant bring myself to like them. I have problems with the poses of the former (No Maho figure, Kurisu´s are either her looking weak -and she isnt weak at all- or doing a pose I just dont seem to get the point of), and with faces/poses for the latter (I like this one´s face ITEM #287869 but I dont really think that expression and pose suit her -depending on the angle, it looks weird af to picture/1701065...-, and I just strongly dislike the faces of the other figures she has).
Vor 1 Tag⊛
Mehr Kommentare Anzeigen

Hey you! Yeah you. Hope you have a great day today! (｡･ω-｡)☆