HassySodaVor 1 Jahr
Nothing important just some personal on topic blogging since I did cherish my account because of my love for collecting. I collected for a few reasons. Depression, desire to create easy convo starters (Post Bulleta = "Oh I like Darkstalkers too~!", and just affection towards characters I like? You admire them so much you wanna own something of them somehow? But it's not just figures I collected. Artbooks, Japanese game guidebooks, etc. Lately I just feel different. I don't know if it's just related to some personal stuff but I haven't been feeling it quite like before. I don't want to keep investing in it or at least not like I was. Sometimes I have bits of regret. I have a few ideas of things I wanna put money towards instead. I dunno. I don't think I'm quitting but my wallet might breathe
1,632 Hits • 0 Favourit • 15 Kommentare

BHEITHIR
ArmosKnight • Vor 1 Jahr • #65858436But importantly, it’s a hobby. There shouldn’t be pressure - just come back to it if you feel like it! I’ve had some regrettable purchases but hey, something to sell!My kind of response.
Vor 9 Monaten

Reinier
I started collecting figures around 2002 when Evangelion first came out because after I finished watching the series it made me think "thats it?!?!" what about all the characters that I grew attached to over the series? I dont get to see them anymore? so I started looking for character merchandise on eBay and came across some Prize figures for Evangelion that I purchased. This wasnt the point where I got too heavily into collecting though, that happened later when I discovered ITEM #13815 around 2009 someone on a gamers group that I was a part of made a post saying they were ordering that figure and I thought WOW! that figure looks awesome where did you order it? and they pointed me to AmiAmi where I pre-ordered it... Little did I know that would be the hook that lured me into buying scaled figures.

Now today I have over 300 scaled figures in my collection and easily over $50k USD spent on figures. Originally I thought I would only buy enough figures to fill up a room that would be like a gaming room with manga, video games, anime blu-rays, figures, and maybe some workout equipment but my collection has far outgrown what could fit in a single room. I have tried to quit before but as new shows keep coming out and new characters that I grow to love its hard to resist buying new figures of them.

One thing that I have been able to do is limit my impulse buys by using a simple trick, I add figures that look interesting to me to my MFC "Ordered" list that way I dont forget about them and after 2-3 weeks I check my ordered list to see if I still feel the same about the figure, if I got over my initial feelings for it then I either delete it from my list or add it to wishlist as "wished" if im not sure about it. Sometimes getting another collectors opinion on figures helps too, I have a collector friend that I regularly send figures links to and he gives me his opinion on them before I order them.

Also figure prices keep going up over the years, I remember when I first started you could get 1/8 and 1/7 scaled figures for ¥6,000 to ¥8,000 but nowadays even 1/8 scale figures are often ¥14,000+. The conversion rate for the Yen to the USD has been getting worse too, lately its been at like ¥105 Yen per $1 USD but we have gotten used to getting rates like ¥120 yen per $1 USD so the high prices didnt hurt as much when the conversion rates were better.
Vor 1 Jahr

take123 Bunny Farm
I have become very picky, too many figures to keep track of and no where to put it
Vor 1 Jahr

Roecky
I just got into scale figure collecting and honestly i was shocked about the prices.
Also i thought i can just buy any figure that i want..naive me didn´t know anything about pre-orders and how fast you just cant get the figure anymore...or pay twice-/triple as much as the OG price.

And that´s honestly it. You should only go for stuff you really really want to.
Don´t buy impulsive and then regret it. Think about it, sleep a night over it or maybe two and if you still really want it, buy it ^^
Vor 1 Jahr⊛

Chiya Impulsive Buyer
I've been feeling the same as well and I plan on slowing down on this hobby significantly by the end of 2020. I think the problem for me right now is impulse buying, and I just got into scale figures so it's definitely taking a toll on my wallet.

My goal is to start cutting back on anime figures and become less impulsive when I go online shopping. I plan to collect casually after 2020 and just pick up a few figures (mostly Nendoroids) and some merch here and there, and focus on saving up for other hobbies or things I want to buy.

I won't quit this hobby, but it's good for everyone to take breaks and slowdown on the buying whenever we can. :)
Vor 1 Jahr

Pancakes
Years ago I would buy any figure that was slightly pretty. I would always regret it when I finally got the piece at home or months later and then I would resell it. That's called impulse shopping.

Today i increased my standards so high that a figure must be ultra mega hyper super amazing and I must be completely obsessed about it for me to even CONSIDER pressing the preorder button. If I don't genuinely want it, I ignore it.

Just the other day I saw this announcement from Wonfes that made me super giddy and I saw her up for preorder at the usual shops but I held out on buying her to really be sure I wanted her. Guess what, now 2 weeks later, I look at her and feel absolutely nothing.

This new method has worked quite well for me and now my purchases feel much more focused and worthy.
Vor 1 Jahr

parlkus
I hear ya! The thing I changed was picking one line of figures to collect an being very strict on which series within that line was worth investing in. Easier to pack when I have to move also. ^=^*
Vor 1 Jahr⊛

helpingly
I'm exactly in the same spot as you. Once I filled up my bookshelf with as many figures as I could, I just stopped looking at figure related things. That, and I also want to get more into other hobbies, which are even more expensive than figure collecting.

I still love my figures and probably won't sell them, but I probably won't be expanding the collection any time soon, if at all. So I guess the things I own are the biggest my collection will ever be.
Vor 1 Jahr

There is definitely more to life, and other hobbies and activities worth pursuing and placing money towards. It's all about being well rounded, too much of a good thing isn't all that good, take a a break, you'll come back with a comfortable position in the figure community and probably gain back some passion for it by then. Best of luck!
Vor 1 Jahr⊛
Mehr Kommentare Anzeigen 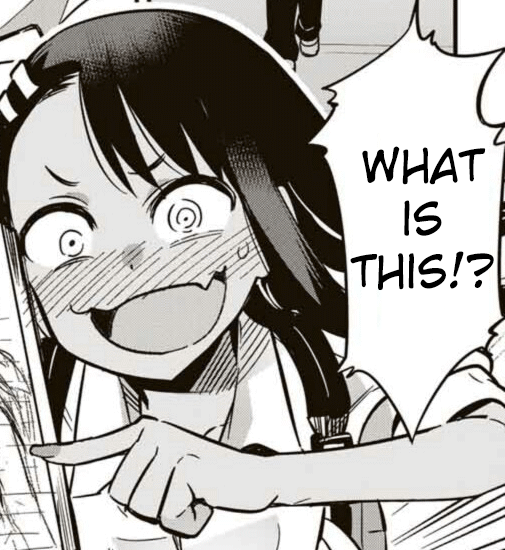 Please don't waste your time with my blog posts if you don't want boring ass monologues. I just write these usually to keep myself stimulated with the hobby. Read a cool figure review instead.